As said before, the biketour is run by you. To make sure everybody is involved in the decision making, we aim to hold each morning a “morning circle” were we discuss what will happen during the day and where we make decisions on issues which need them. In order to facilitate the morning circle, and to try to encompass

Consensus is a decision making process designed to bring together the views of all the members of the group. Consensus does not require everyone to agree on everything, it does require a common goal of the group and willingness to work on problems together. Consensus works if the group can work openly and creatively with concerns of individuals about proposals. The group reshapes proposals until everyone is comfortable with them. Consensus is based on the philosophy that the process of making decisions is key part of the decision. Good process means that people's concerns are taken into the decision, that the process empowers people and that everyone as an opportunity to shape the decision. This handbook gives some background information on consensus. There is a step-by-step model included, but this does NOT need to be followed exactly. Consensus is a flexible process, you should feel more than free to build new decision tools, modify the steps, add or change the roles as best fits the needs of your groups.

Perhaps the strongest argument for the need for a "new" decision-making method is the world around us which has been created by the "old" methods. In a world governed by consensus, nuclear weapons, the genocide and mistreatment of indigenous people, the attack on the environment and the madness of war would be impossible – they would be blocked by you and me and millions of others. Consensus grew out of a critique of the existing decision methods which tend to hold power in the hands of a few and make decisions based often on corrupted values.

Consensus attempts to give the maximum power to the individual while giving us the possibility to include as much of our shared experience, knowledge and wisdom in our decisions as possible. The need for consensus is based upon the experience that every decision based on simplifications of truth (using models) bares the danger of missing important points. More opinions and input make a better picture. Combining input from more people also optimises synergetic effects.

Consensus models give a larger opportunity to motivate people to become involved in things they are part of than other decision models.

Meetings which work by consensus do not have a chair but do usually have a facilitator. This is someone who -with consent of the grouphelps structuring the meeting. The facilitator's main tasks are to make sure everyone speaks in turn and to make the group aware of the time limits.

The facilitator should also keep an eye on the structure of the meeting and so is more likely to introduce different techniques or to summarise the current state of the discussion, although anyone can do this. Apart from the facilitator, other specific roles will be the note taker (who should take note of the decisions reached), and a vibes watcher (sometimes it is important to watch out for people getting upset/tired/stressed or who are unhappy with the decision but don't feel able to say why). It is better if the facilitator and vibes watcher are not part of the meeting themselves (if possible).

The meeting starts with the facilitator, time keeper, note taker and vibes watcher being appointed, followed by the agenda and time limits being agreed by the meeting. The facilitator will also make any necessary practical announcements at this stage. The topics on the agenda are then discussed. Each discussion continues until everyone agrees -if someone blocks a decision then the discussion must re-start on the basis of those objections. Everyone has the right to block a decision they really can't live with, although this is rare. People also have the option to stand aside ("I'm not doing it but I won't stop you"), but in most cases true consensus can be reached. During the morning circles working groups can be formed to further discuss a specific idea or problem later on during the day, and report back to the morning circle the next day.

How to make it Work

Two golden rules are to be constructive (it's not valid just to disagree or block, explain your reasons, offer your alternatives or commitments) and to wait until it's your turn to speak. Other things that may help are: 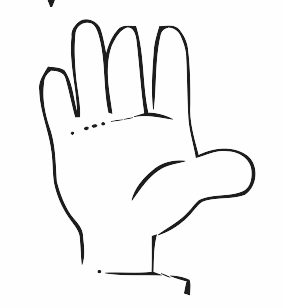 Just like in school, this means "I have a question/comment." You should keep your hand up until the facilitator sees it and recognizes you. When many people raise their hands, the facilitator will make a list and call on people in order. 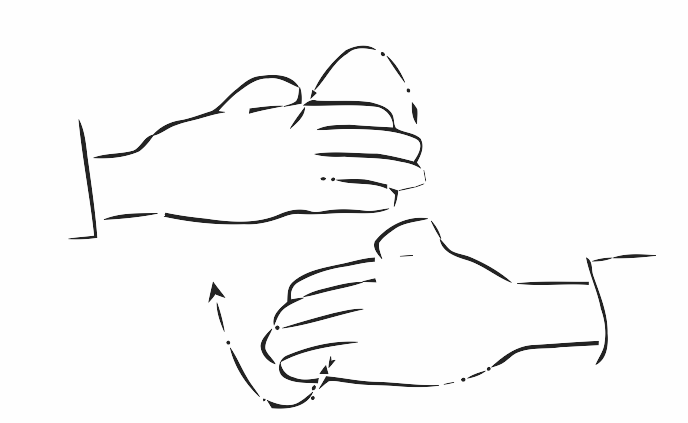 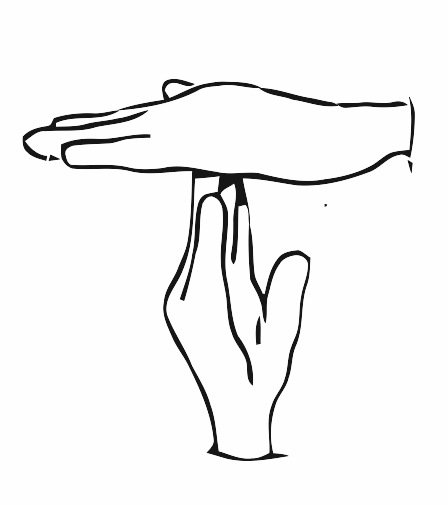 This means "I have a technical remark [process suggestion]". Use this sign when you have an idea how the group can come to a decision through some other tool or method (like using a straw poll or breaking into groups to solve different parts of the problem). Usually, a facilitator will call on this sign before others, because a good process suggestion can save a lot of talk. Be sure NOT to use this sign when you are going to talk about the issue directly (then use one raised open hand).

Both hands “fanning” down 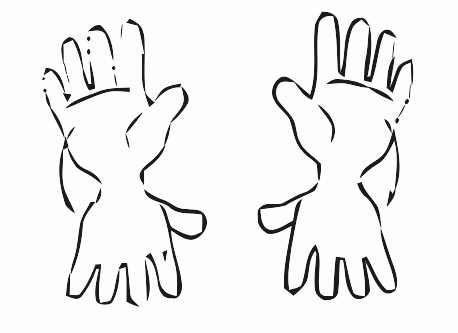 This means "Slow down, you're talking too fast". Especially good to use with native English speakers who have forgotten not everyone was born that way.

Fingers wriggling in front of the face 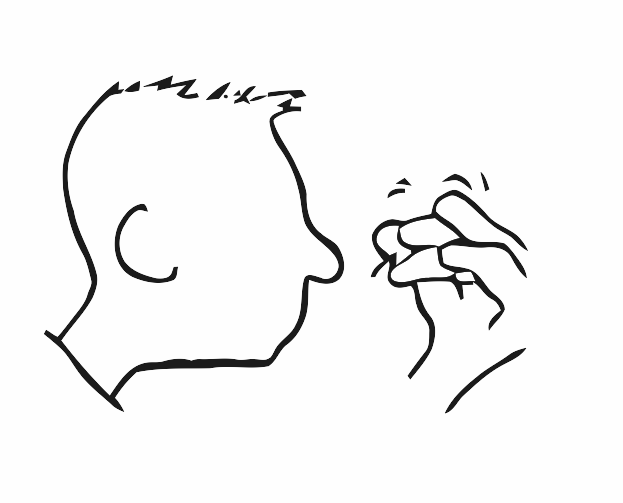 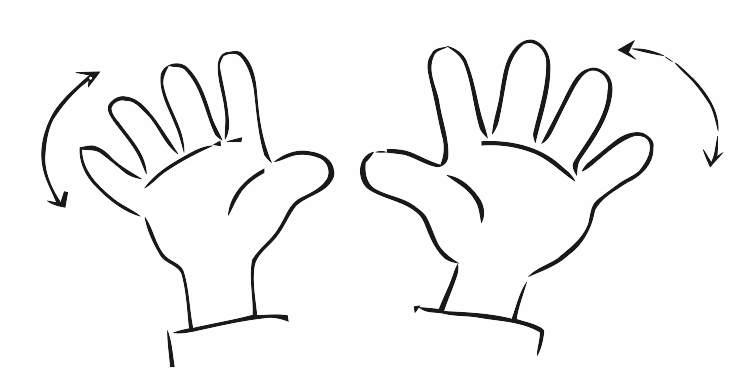 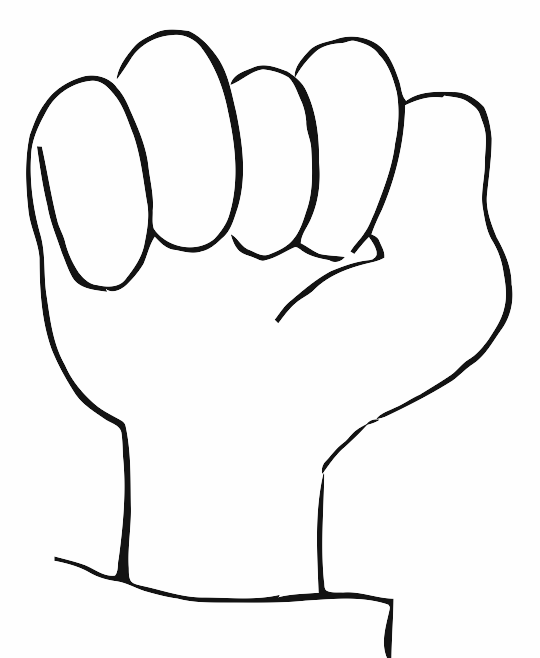