On may there was the need to restructure the website and give it a new look, also new posters and flyers were needed...

Agnes draw a flyer based on the early information on the route, flyers were made on Inkskape, the SVG file can be found here (uploaded on 09/Jun/2013) 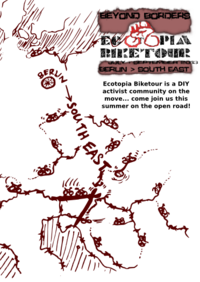 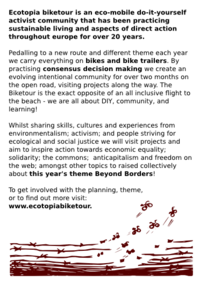 Available as pdf's for A4

4 Flyers per page in A4 pdf format: 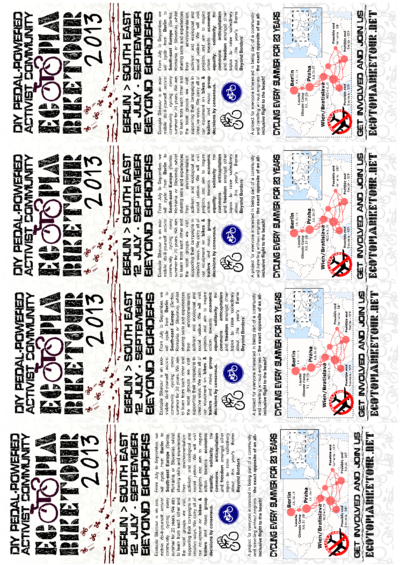 2 posters per page in pdf format (nice to print on A3...probably work on A4 also):

Made using the poster SVG file, for use on social media environments (that normally show squared logos) 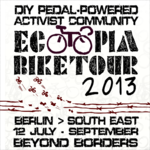 the first temporary banner was set up on april: http://www.ecotopiabiketour.net/share/bt_2013/media_material/Temporary%20logo/BTbannerbt3.jpeg

and some other attempts: 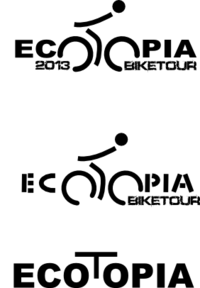 kate made a beautiful drawing to be used on the website, after scaning, taborda used Inkskape 0.47 to vectorize the drawing, introduce text and color.

the original svg file can be found here

The same fonts from last year were used:

Also Purisa Font (available on tlwg-font package, default on most recent linux versions) was used for the year number on the banner drawing for the website