From Ecotopia Biketour Wiki
Jump to navigation Jump to search

To help make a decision on where the Autumn meeting will be held, please add your suggestions...

Here is a map with the possible locations: https://pad.facilmap.org/P72YiREasMo2

In brief, we would suggest that the organising to be DECENTRALISED, made more HORIZONTAL and be more true to the VALUES and COLLECTIVE organisation aspired to on the Biketour itself.

The suggestion has been made to go to Scandinavia and/or the Baltic states on next year's biketour.

Moldova, Ukraine and Belarus were also suggested as possibilities. If you have any ideas of projects to visit on in these regions, please add them below.

of a van and trailor to bord the ferry and

a light compact bicycle bag taking the wheels off, and then carry it over the shoulder as a free luggage rather than a paying bicycle (this is the technique I use)

Here are the notes taken from the feedback session. Comic coming soon!

We discussed the following topics in small groups 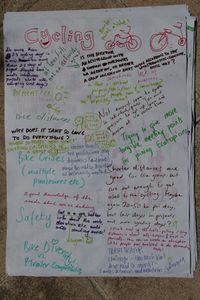 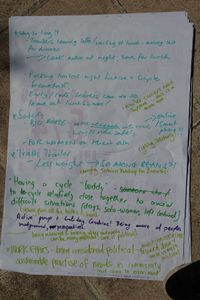 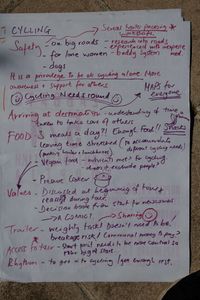 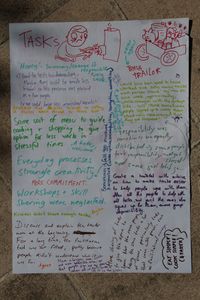 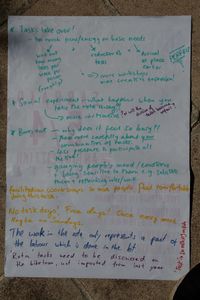 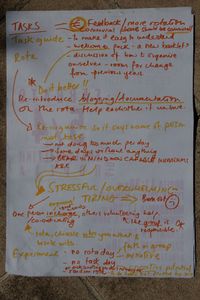 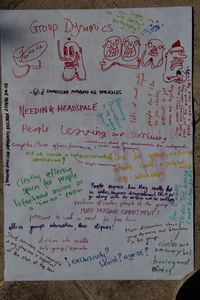 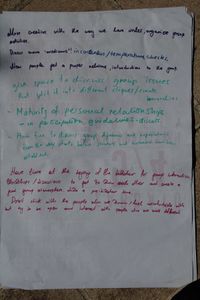 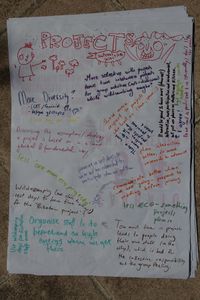 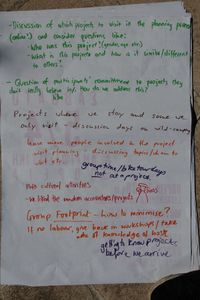 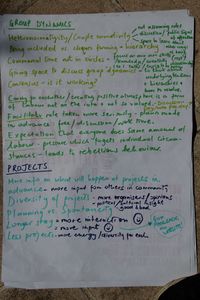 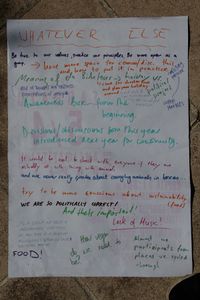 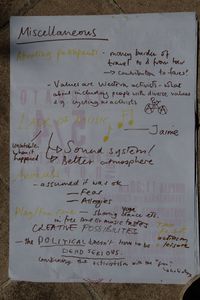 Inspiration for 2015 and thoughts from the peanut gallery

I thought you'd enjoy the story of Ethan Hughes and the super hero ride across the US--. Or just search for 'Ethan Hughes' and 'possibility alliance' or 'haul of justice'. A bunch of people set off across the US on bicycles, dressed as superheros, with a goal of helping whoever needed help--regardless of social/economic status or whether the help-needed was "conventional" (changing a flat tire of a car, building a traditional building) or more eco-friendly. Ethan and others have since founded an electricity-free, fossil-fuel-free farm in missouri called "the possibility alliance".

Also-- it occurred to me that you probably don't need total decentralization, just better distribution and variety of centralized and decentralized experiences. Perhaps have a meeting location like La ZAD where everyone could gather and stay for a week and then plan the rest of the ride. So the first half (month) of ecotopia could be smaller groups getting themselves to the meeting location. The second half could be organized based on input of anyone who manages to get themselves to the meeting location. In a way that might be like going back to how ecotopia started-- a bike ride to a gathering. The cargo bike collective in Vienna seemed particularly well informed about various bike-related gatherings happening in 2014 (everyone seems to invite them to any bike-related happening). They knew of a week or two long bike-related gathering or bike circus happening somewhere in bulgaria or romania. I met them at Pedala Fest in Zagreb in June. Consider also what ecotopia might be like without any funding. Maybe that funding actually causes some problems that wouldn't exist otherwise.

Speaking for myself-- I made it to the 2014 organizing meeting but not the ride, and managed to participate in part of Velokarawane-- I probably cannot tolerate a very centralized trip structure. I like that BT appears to sign a route so that everyone need not stay together the whole day. I would often leave and rejoin Velokarawane to get enough "decentralized" or personal time. I found it hard to go from long-term solo travel to spending a lot of time in a group. Hence my proposal of making ecotopia more of a gathering in one place (for at least part of it) once more. I have no idea whether I'll be able to participate much in 2015. But I wonder how these rides can be managed to avoid burnout and to encourage repeat participation. If the main goal were to encourage european bike and car-free culture might the result be something different than a two-month long bike ride?

Also--wouldn't it be cool if there could be a summer gathering of bike tours--Velokarawane, ecotopia, and even the more formal paid ones--cycling alternatives? -- plus a travelling bike circus or band or two?